After the stock plunge in August, the global stock markets rebounded once, and they are now confirming their second bottom. The stock market plunge was essentially caused by the lack of the driving force for the global economies, proven by the Chinese slowdown, and it will continue until the authorities take any action, namely further monetary easing or financial stimulus. 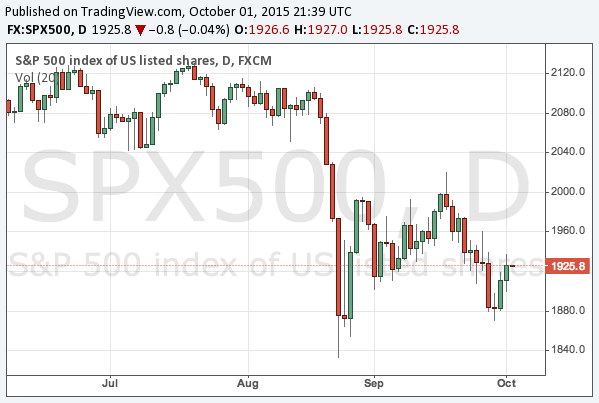 However, if S&P 500 goes down by more than 20% from the peak, there would be a possibility that the central banks would rescue the financial markets. As we have been bearish about the stocks before August, we are also responsible to explain the future of this bear market.

How low will the bottom be?

Basically, the central banks would not like to ease further. This is why they do not even seem to be willing to rescue amid the merely 15% stock market plunge. We explained this in the following article:

However, if the market goes down by 20% or 30%, the central banks will have to consider further easing. The possibilities are the following:

After 20%, it will be a game of chicken for the central bankers. Nobody wants to ease, but the more the plunge continues, the more they become obliged to ease.

The biggest room for the ECB

Out of the three, the ECB has the biggest room for further easing. It just started the quantitative easing, and unlike the BoJ, it has not started buying ETFs and REITs.

However, the ECB also has the slightest incentive to rescue the stock market. As the euro zone’s unemployment rate exceeds 10%, and the quantitative easing has been effectively suppressing the rate, it would not need to rely on the boom in the stock market.

The smallest room for the BoJ

Meanwhile, the BoJ has the smallest room for further easing yet will be the most obliged for it. The BoJ also does not want to do it before the Fed’s rate hikes, as a more serious turmoil might come after the rate hikes. They do not want to lose their very few cards that are left.

However, the stock plunge is the most serious for the BoJ. The Japanese economy is heavily replying on the high asset prices, as the labour market in Japan has no room for further improvement, and the Japanese stock market tends to go down more rapidly than in other countries, as the yen tends to be purchased in a bear market, which would not benefit exporters. 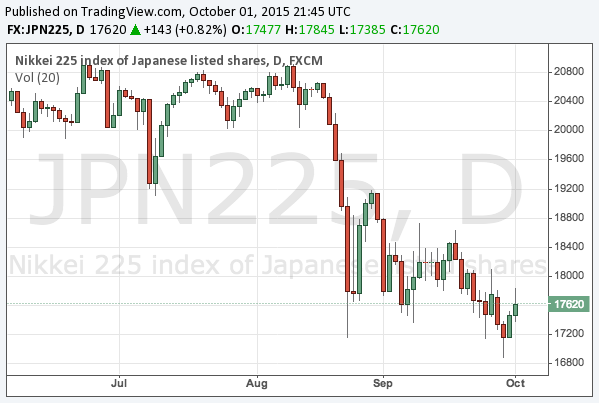 Nevertheless, we assume the BoJ will not be able to ease further before the Fed’s rate hikes. The current turmoil is not very serious if we compare it to what will eventually come.

Will the Fed raise rates?

The Fed still appears to be hawkish. According to Reuters, the New York Fed President William Dudley mentioned the Fed could raise interest rates in October.

What is the Fed truly thinking? As we explained, we assume it is trying to suppress the asset bubble caused by the quantitative easing. With this assumption, it could postpone a rate hike as long as the stocks are moderately going down.

Whichever the case is, the stocks are doomed to go down. If it goes up, the Fed will be so pleased seeing no obstacles to raise rates. 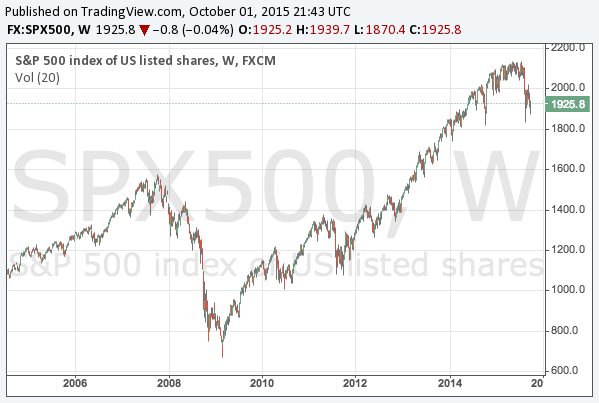 After the stock market lost its direction, in order for it to restore a certain trend, it has to trigger the central banks’ action. It could go up to lead to rapid rate hikes or go down radically to long for further easing.  Which will be the case? At least, there is no reason for it to go up as the world economy has no driving force.

No reason for a bull market does not necessarily mean a bear market, as a bubble is a bull market without a reason. However, in case it goes up, the Fed will see it as a very good opportunity for a rate hike.

If it goes down, presumably by 20-40% of S&P 500, we discussed that the markets would be able to require the central banks to ease further. If you are short selling, you would need to cover the positions in this range.

Speaking of Nikkei 225, 14,000 will be the level where the government gets concerned about the next election and has to take some action. 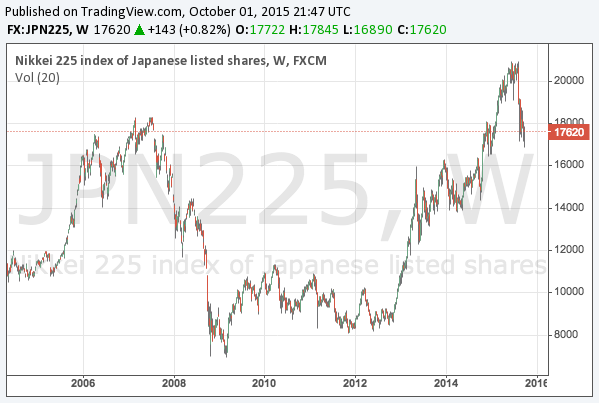 This is also 30% from the peak. Nikkei 225 might be faster to reach this level due to the currency appreciation in a bear market. Again, this is not the severest situation in the next few years. It has yet to come.