The eurozone’s economy is at the edge of collapse. Southern European countries experienced a sovereign debt crisis in 2010, and the unemployment rate in the euro area is still as high as nearly 10%. Italy rejected Mr Renzi’s pro-EU reform plan in the referendum, and in France, the anti-EU National Front’s Ms Le Pen is increasingly popular.

Yet what is the cause? Whilst the EU also faces the immigration crisis, the economic reason will be easily comprehended by only glancing at the trade statistics of the eurozone countries.

END_OF_DOCUMENT_TOKEN_TO_BE_REPLACED 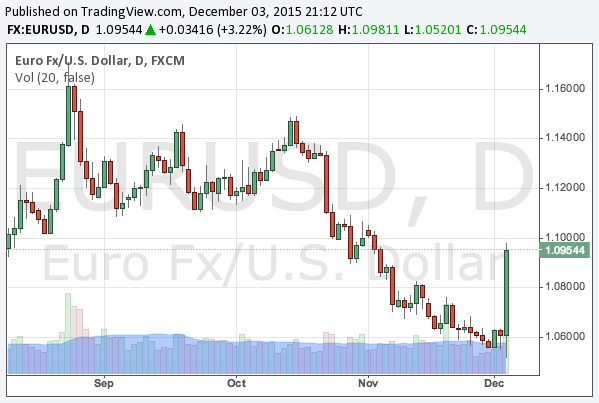 END_OF_DOCUMENT_TOKEN_TO_BE_REPLACED

As we have written, there is no large economy in the world that is growing rapidly. Reflecting the decreasing demands in the world, including the Chinese economy slowdown, the commodity markets completely collapsed, such as copper and iron ore.

However, it does not mean any single small country does not enjoy any significant growth. Thus, we review the world’s economy again to find out which area is the most profitable for investors to bet on.

END_OF_DOCUMENT_TOKEN_TO_BE_REPLACED

After much ado, Greece reached an agreement with the Troika of creditors, and investors seem to be convinced that the crisis is over, as the yield of 10-year Greek government bond, which was largely sold before the agreement, went down to 8% from 19%.

Is the Greek debt crisis really over? Is the Greek economy going to recover? Unfortunately, you would know it will not as long as it is in the euro zone, if you are familiar with economics. Germans do not want to admit it. Greeks do not want to believe it.

END_OF_DOCUMENT_TOKEN_TO_BE_REPLACED

The ECB (European Central Bank) is expected to have a Governing Council meeting at 1:45pm CET, which has been keenly watched by investors since Mario Draghi, the governor of the ECB, mentioned the possibility of financial easing in this meeting. END_OF_DOCUMENT_TOKEN_TO_BE_REPLACED